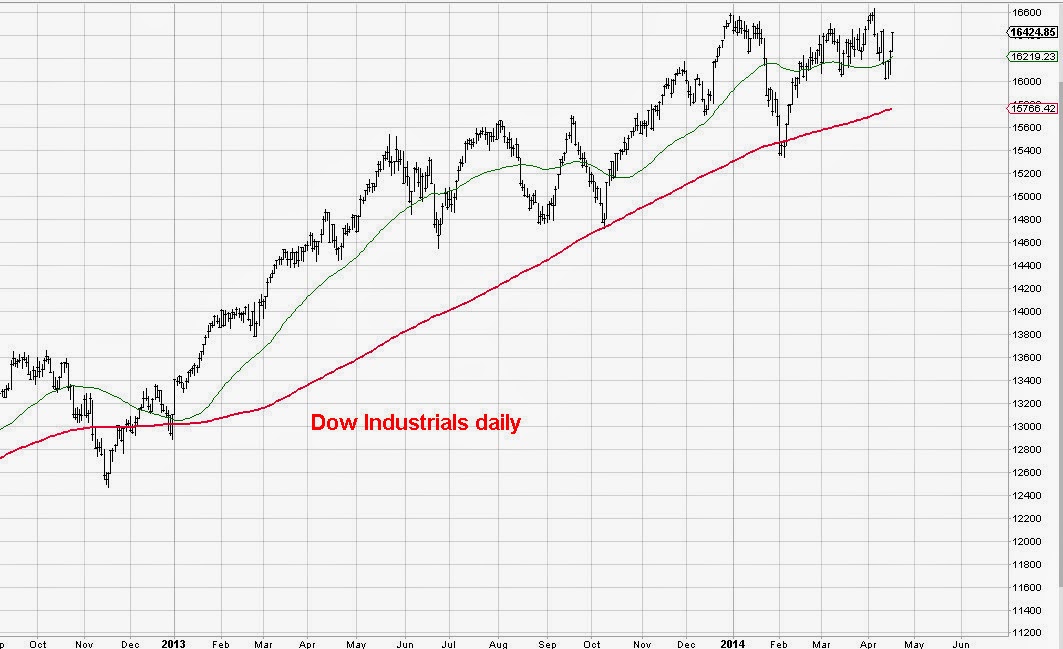 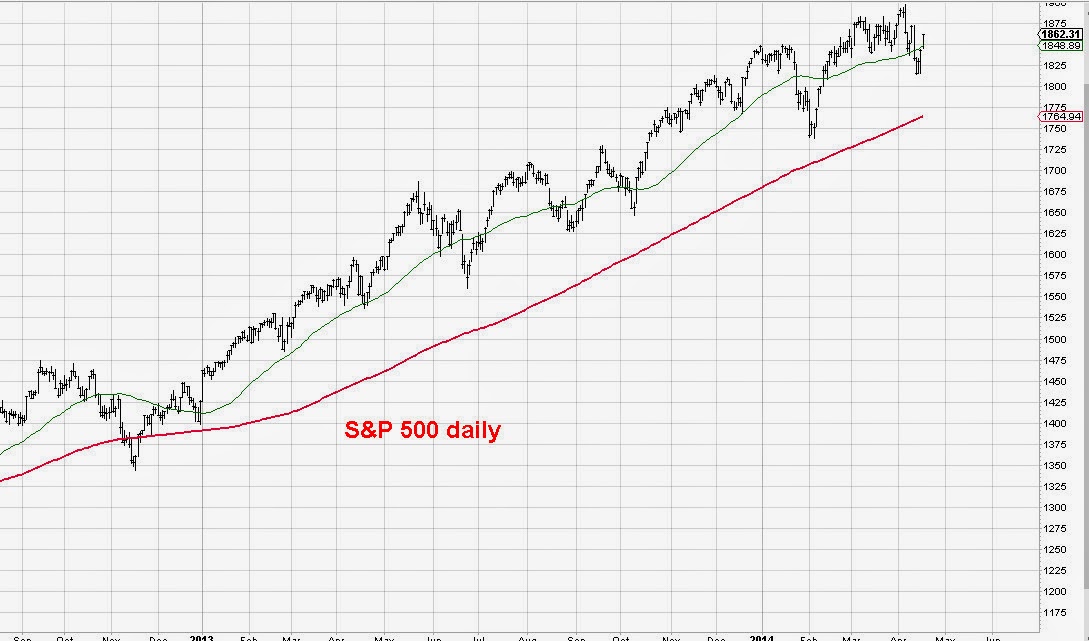 Here are daily charts of my three favorite trend indicators.

The drop to the April 11 low in the S&P was not as long as the drop into the February 5, 2014 low but it was just about the same size as the drops into the October 9 and August 28 lows in 2013. Since both averages have recovered more than half their drops into the April 11 low and are above the 50 day moving averages I conclude that the corrective phase is complete and that both averages are now headed for new bull market highs.

Carl. thanks for all your updates. You have not commented recently on the 3 peaks and doomed house formation. Is this possible formation now invalid? or is there an alternative count? Thanks again for your thoughts. Take care, michael

Thanks Carl. Have a blessed Easter. Janet