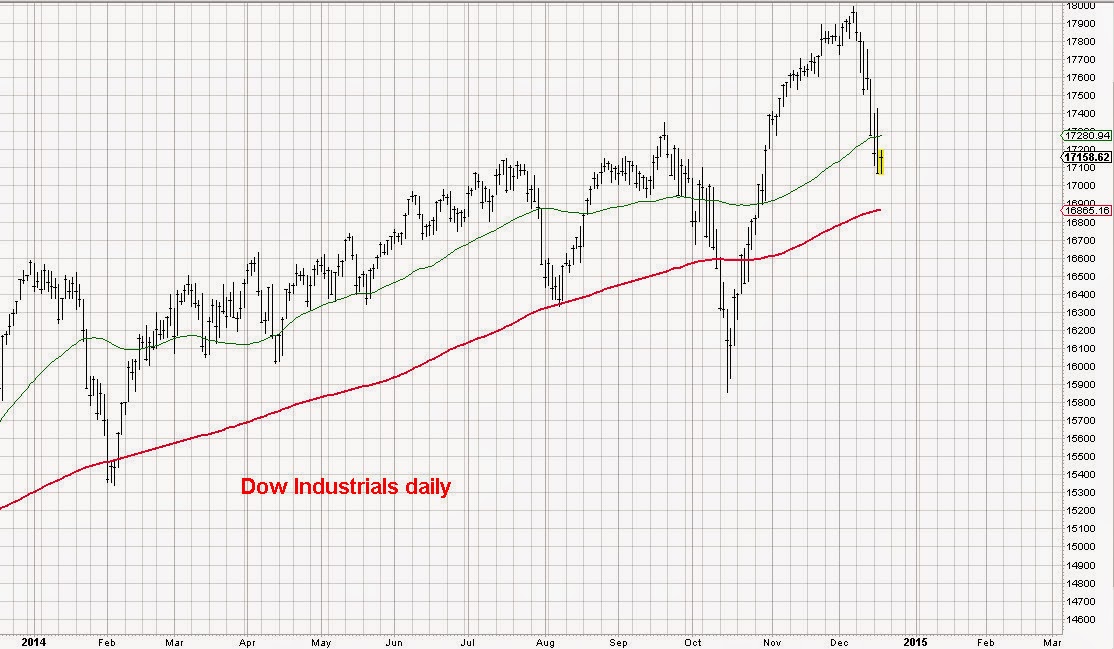 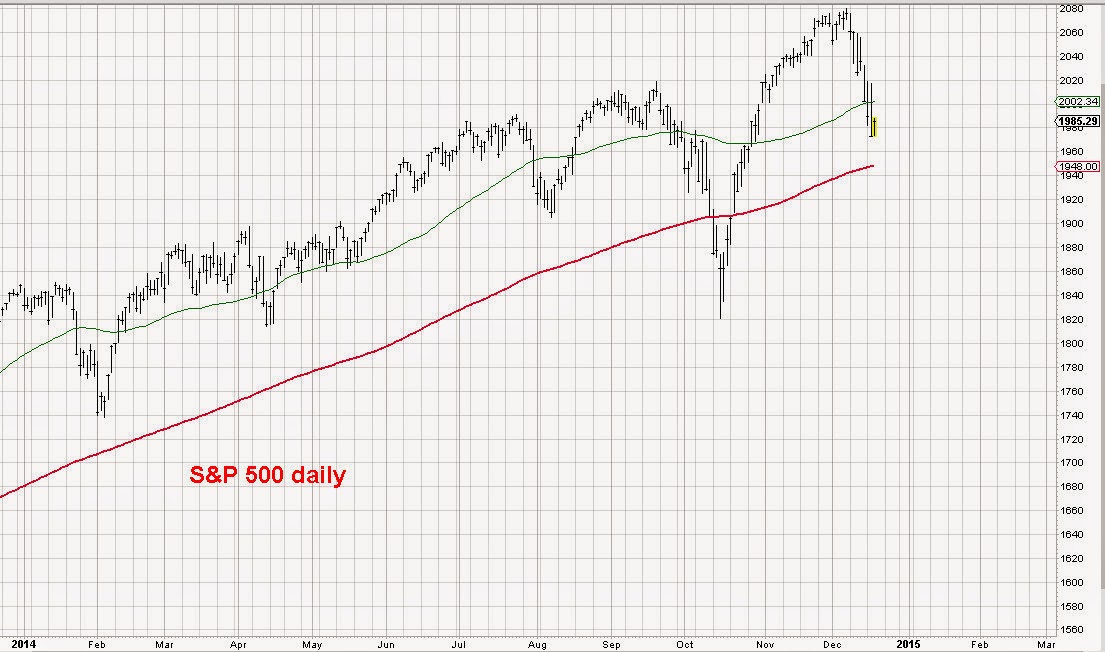 At the top of this post are three daily charts of my main trend indicators. You can see that all three have dropped into the region between the 50 day moving average (green line) and the 200 day moving average (red line). This region is generally where you will find lows of corrections within an ongoing bull market.

Since I still don't see any sign that the bull market in US stocks which began nearly 6 years ago is over I think that the drop from the December 5 top is much closer to its end than to its beginning.

The bottom three charts suggest that the low of the correction has either been seen or will develop within the next 2 or three days.

The fourth chart down shows the VIX, a measure of expected market volatility. As a rule low points are associated with high points in the VIX. If you look closely at this chart you will see that the today the VIX has reached the a high above all levels seen in more than two years with with the exception of the October 2014 high. As soon as the VIX starts dropping below its daily bar lows I think the drop in the averages will be over.

The second chart up from the bottom shows the 10 day moving average of the number of advancing issues on the New York Stock exchange. You can see that this oscillator has now dropped to levels associated with low points in the averages during the past year.

The bottom chart shows the 5 day moving average of the CBOE equity put-call ratio. High levels in this indicator show high levels of bearish sentiment among options traders and this is generally a bullish sign. Currently this indicator is at a level similar to those associated with low points in the averaged during the past two years.

With this evidence in mind I conclude that the drop from the December 5 top is over or nearly so. The next important swing will be upward and I expect it to carry the averages to new bull market highs.