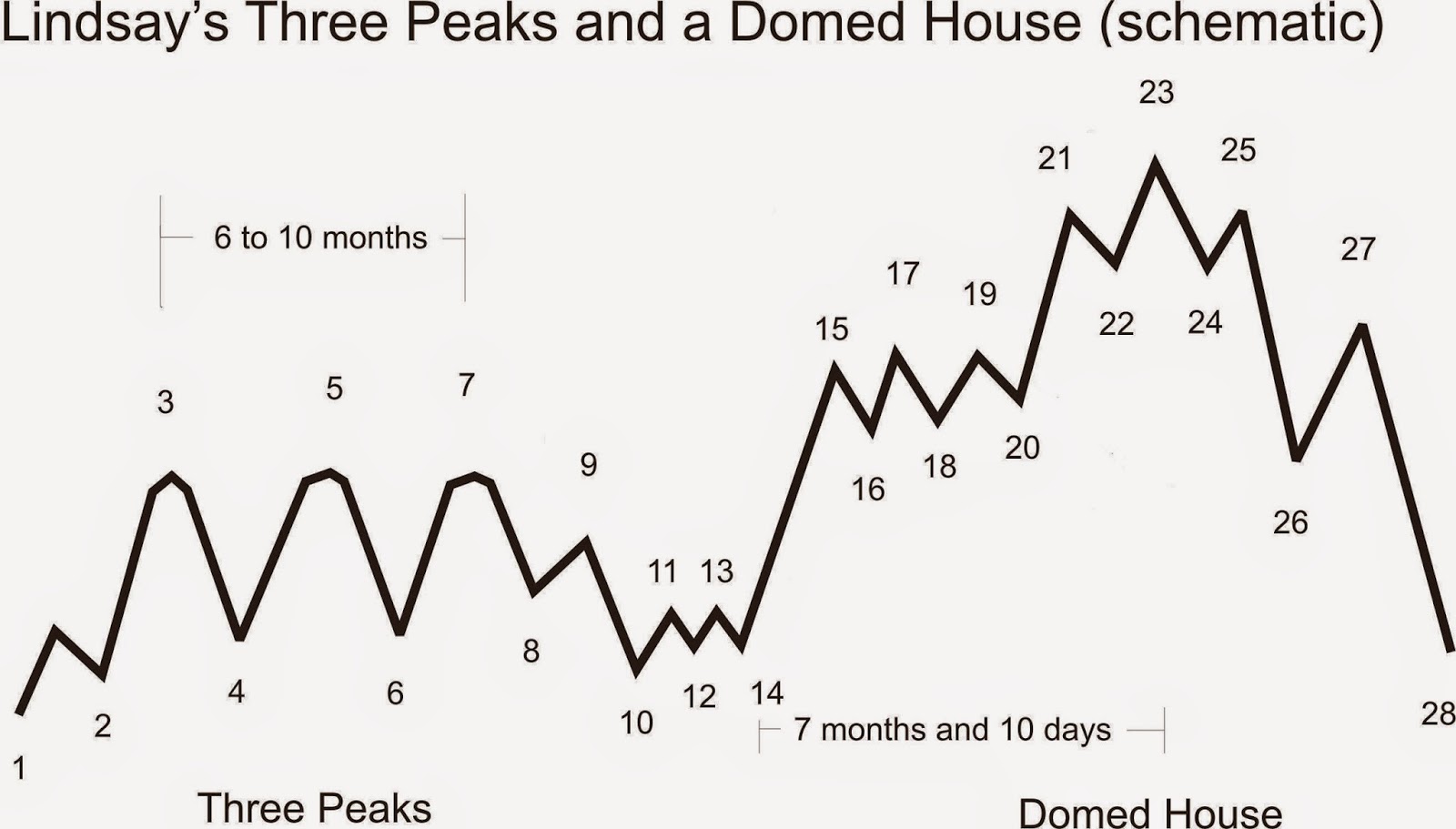 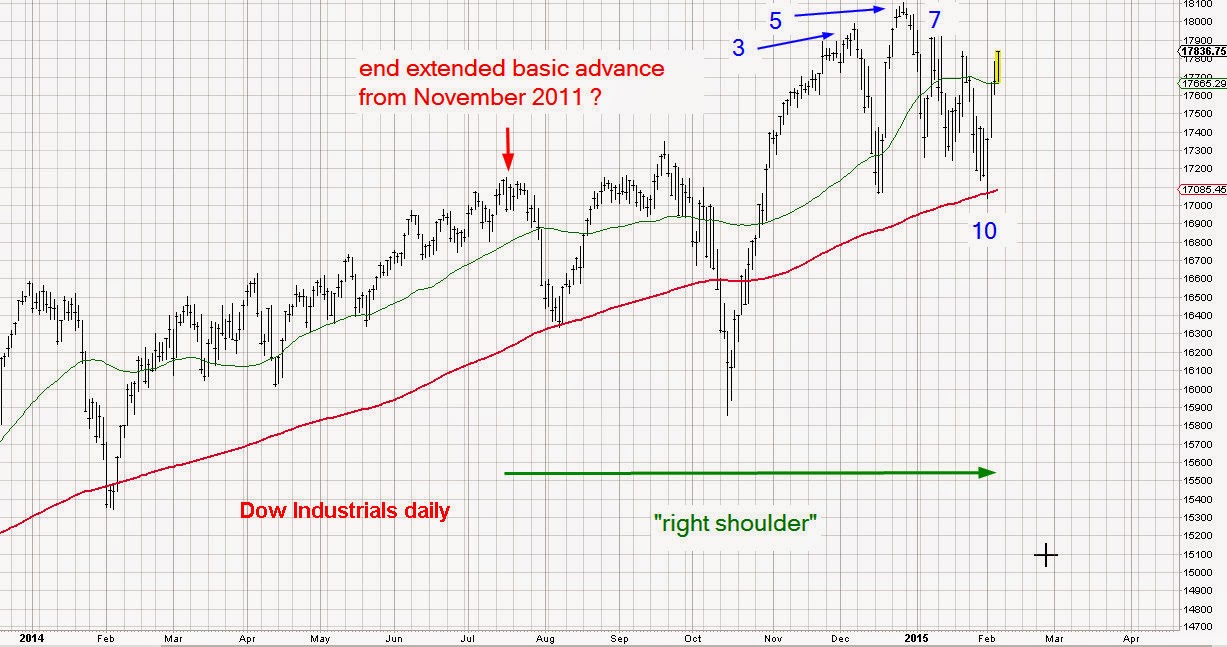 Today I thought I would update my views on the market's position in the light of the timing theories of George Lindsay.

The middle chart shows a major example of the 3pdh with the tops, points 3, 5, and 7 separated by 9 1/2 months. Point 10 was the October 15 low. It is not clear to me how to interpret the series of lows since mid-December. They could easily constitute points 12 and 14 of the major formation. But I lean towards interpreting the last of these lows as point 20, the end of the "five reversals" portion of the domed house. One reason I like this interpretation is that counting the standard 7 month, 10 day time span from point 10 projects point 23 for April 25, 2015. This is just about 9 months from the end of the extended basic advance in July '14 and perfect timing for the top of the "right shoulder" which always follows extended basic advances.

Once could get a bit creative in interpreting this major 3pdh formation by saying that the December 31, 2014 top was actually point 23 of the domed house and that the market is about to turn sharply lower. However there is another clue which suggests that higher prices are ahead. The bottom chart shows a minor example of the 3pdh formation - minor because points 3 and 7 are separated by less than 6 months (in this case they are separated by only 5 weeks). I think the low earlier this week was point 10 of this minor formation and that the domed house portion of the formation is now underway. This implies that the Dow will move above its December 31 high and thus makes it very unlikely that that high was point 23 of the major formation.

I would summarize the Lindsay situation by saying that the odds favor new bull market highs during the next 3 months but that this advance will be the terminal phase of a 6 year bull market. The advance is likely to carry the Dow to 18,800 or so and end in late April. The ensuing decline will take the Dow below the starting point of the major 3pdh which implies a drop below 15,000. However if a top does occur roughly on schedule then Lindsay's methods predict a long basic decline to follow which is likely to last at least a year. This suggests a total decline of 30-40% from whatever high is made by the Dow.

Here is another dogged effort at the Three Peaks.

The count (7 month, 10 day time span) should start from point 14. I think the beginning of February was point 14 so that would make the top around mid September.
This would make the stock market drop in the fall.