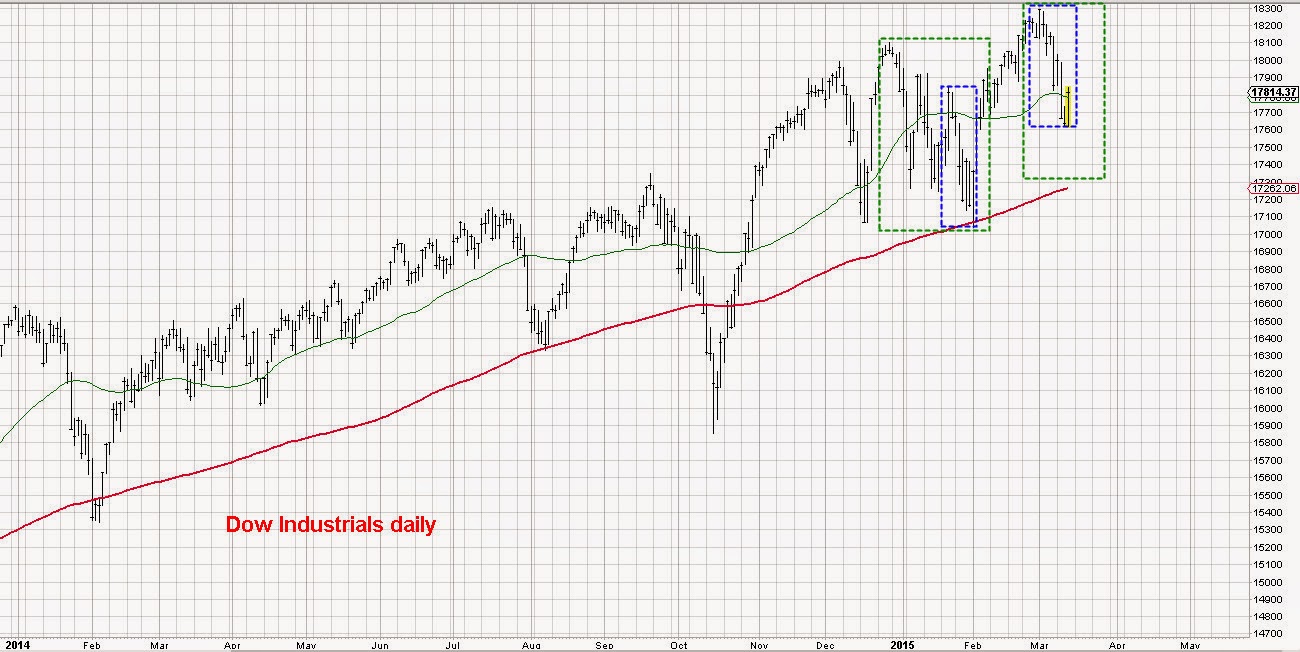 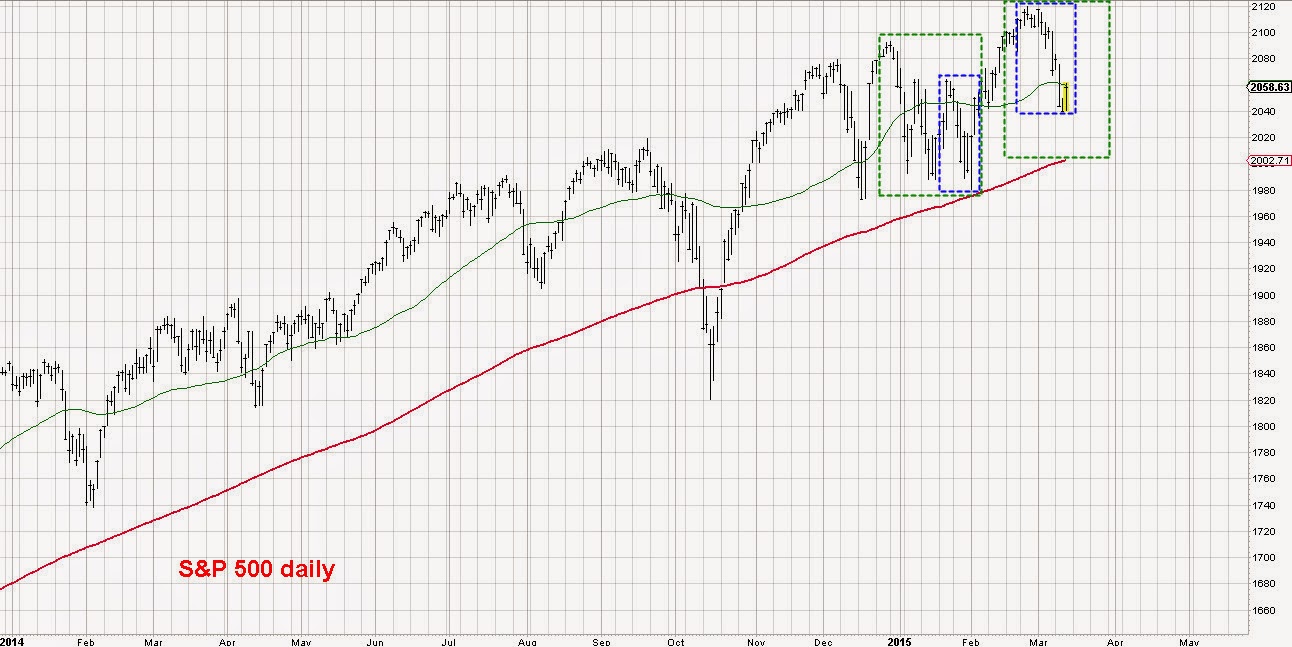 The top three charts show my three main trend indicators for US stock prices. As you can see all three are above rising 200 day moving averages, a bullish configuration. The Dow and the S&P dropped yesterday into the zone between their 200 day and 50 day moving averages, typically the area where reactions within an ongoing bull market end.

I had been expecting a drop from the February 25 high down about 1000 points in the Dow and 100 points in the S&P. Reactions this size would duplicate the size of the drop from the December 2014 top to the February 2015 low (green rectangles). But I have noticed that the decline from the February 25 top has been a very reluctant one. This was highlighted yesterday by a relatively narrow range day right at the bottom of a drop which duplicated the size of the mid-January to early-February drop (blue rectangles). This behavior should be contrasted with that observed on the way down during the several corrections which have developed during the past six months - in those cases daily ranges widened as the market fell.

Today the S&P and the Dow have rallied, putting in a much wider range to the upside than yesterday's narrow range on a down day. I think this means that the drop from the February 25 top is over. Some supporting evidence appears in the bottom chart of the 10 day moving average of the number of daily advances on the New York Stock Exchange. You can see that this oscillator had dropped to levels associated with lows of past corrections in this bull market.

I am guessing that the averages are once again headed for new bull market highs. But even if I am wrong about this right now, the worst I expect on the downside is a drop to the bottom of the green rectangles in the Dow and S&P charts.

As you know the bull market in US and European stocks is now nearly 6 years old, rather long in the tooth. This advance in stock prices has been driven by the quantitative easing programs of central banks. First the Bank of England and then the Fed implemented big programs. Then in early 2013 the Bank of Japan began its own QE program which is still going strong. Just a few days ago the European Central Bank, arriving very late to the party, started a QE program which, judging from the drop in the Euro, will be very effective.

These QE programs came on stream one by one and two of the biggest ones are still ongoing. The net result has been a steady flood of liquidity into world financial markets. This global increase in liquidity shows no signs of abating and until it does I think the long term trend in world stock markets and in the US market will remain upward.
Posted by Carl Futia at 1:43 PM