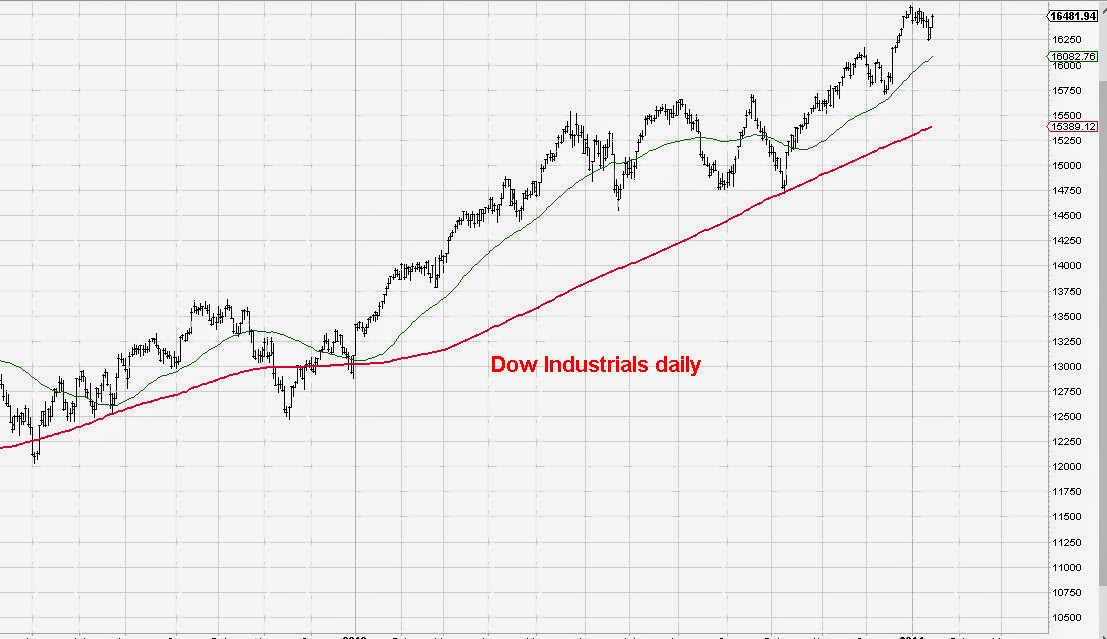 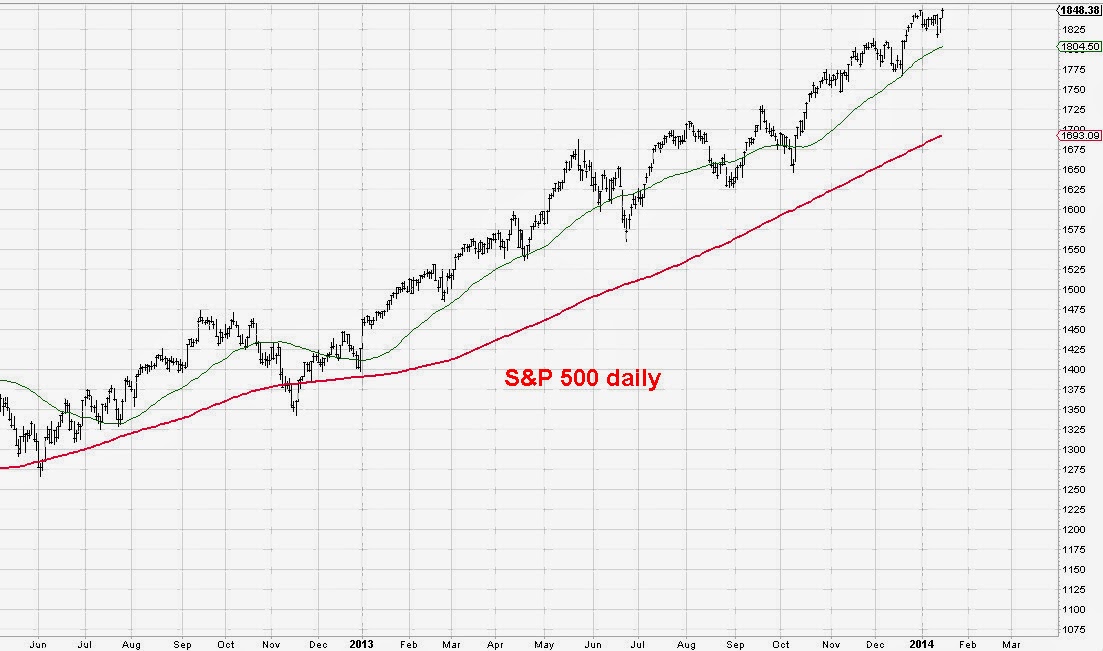 Here are daily charts of my three favorite stock market trend indicators. Despite pervasive bullish sentiment not one shows any sign of weakness. All three are above rising 50 day and 200 day moving averages (green and red wavy lines in each chart). The bearish divergence which had concerned me in the advance-decline line has been wiped out on the rally which developed after the last Fed meeting.

This last observation highlights the bearish potential of two Lindsay time periods which are due to expire during the first half of 2014.

The first is the 15 year 3 month period from bear market low to bull market top which I am counting from the August-October 1998 double bottom. This period is due to expire right about now but sometimes lasts 3-6 months longer than its 15 year 3 month average.

The second expiring time period is the basic advance which started from the October 2011 low point. These basic advances typically last about two years. If they go longer than 27 months then they are likely to last 33 months or so. So Lindsay's theory of basic advances suggests a high now or at the end of the second quarter of 2014.

While on the subject of Lindsay techniques I want to comment on the current status of the three peaks -domed house formation which is currently developing in the Dow. The three peaks developed in May, August, and September of 2013 with the separating decline ending on October 9 (point 10 in the standard 3PDH schematic). The November-December reaction now looks like points 15-20 and the Dow may well have put in point 21 on December 31. The thing to watch for is anything resembling a head-and-shoulders top in the Dow with the December 31 top being its left shoulder. Such a top would probably be the peak of the domed house (and possibly of the bull market) and normally would be followed by a drop to or below the October 9 low point.

Hi Carl,
Great analysis. One other point I find significant is that the CPI-adjusted Dow is roughly equivalent to the peaks of 2000 and 2007, suggesting strong resistance.

What magnitude of bear market are you anticipating?

Have a good weekend,
Samuel