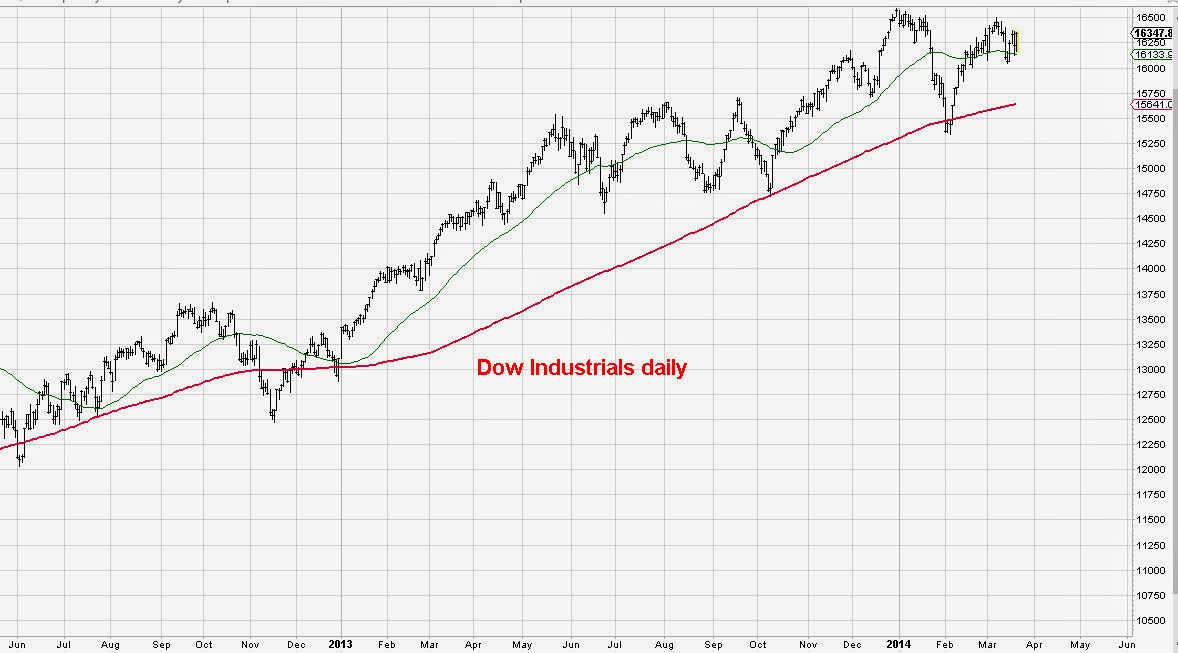 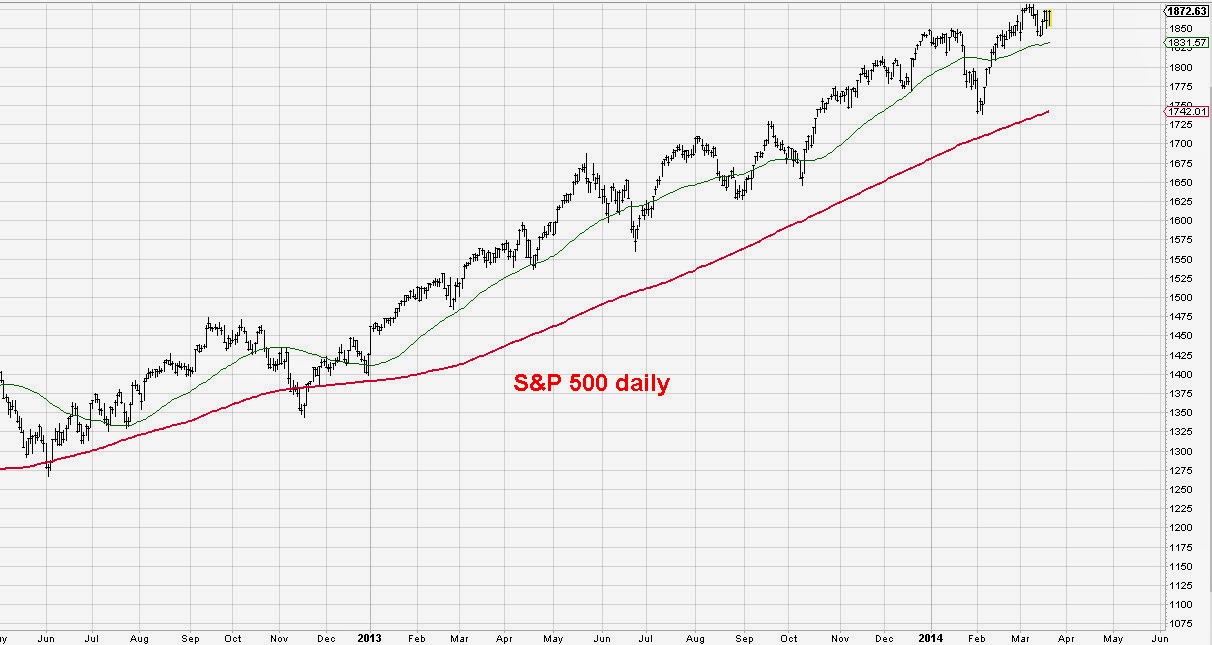 Here are five charts which offer some insight into the market's likely direction over the next few weeks.

The top three are daily bar charts of my three favorite trend indicators. The short and medium term market trend direction is usually indicated by the position of these averages relative to their 50 day moving averages (green lines). When two of the three are above their 50 day averages the trend is bullish and and it generally pays to expect the upward swing to match the size of some preceding upward swing within the bull market.

Right now all three are above their 50 day moving averages, a bullish situation. If the swing up in the S&P 500 from its February 5 low matches the size of the October 9-December 31 rally in 2013 it will carry the average to 1940 or so.

The lower two charts often help anticipate market turns before they are indicated by the top three charts. The bottom chart shows the 5 day moving average of the CBOE equity put-call ratio. High levels indicate bearish sentiment among put/call traders and generally predict an advancing market going forward while low levels indicate bullish sentiment and an imminent decline. Right now this indicator is just starting to come down from a peak which was above the peaks associated with the October 9 and February 5 low points. This is especially noteworthy since the March 17 low ended a drop much shorter than these two preceding drops which suggests traders are willing to turn bearish at the drop of a hat. This is generally a bullish indication.

The chart above the put-call ratio shows the 10 day moving average of the number of daily advancing issues on the New York Stock Exchange. Important tops in a bull market typically develop after this indicator has rallied to a lower top while the market averages have made new bull market highs. Right now this oscillator is starting to rally from a modest oversold condition which developed after it had made a high above several highs it had made previously in the bull market. So no bearish divergence is yet visible and I will start to worry only when this oscillator gets close to the red line on the chart without going above its previous high. At that point a bearish divergence will probably be developing and is likely to lead to a substantial drop in the averages.