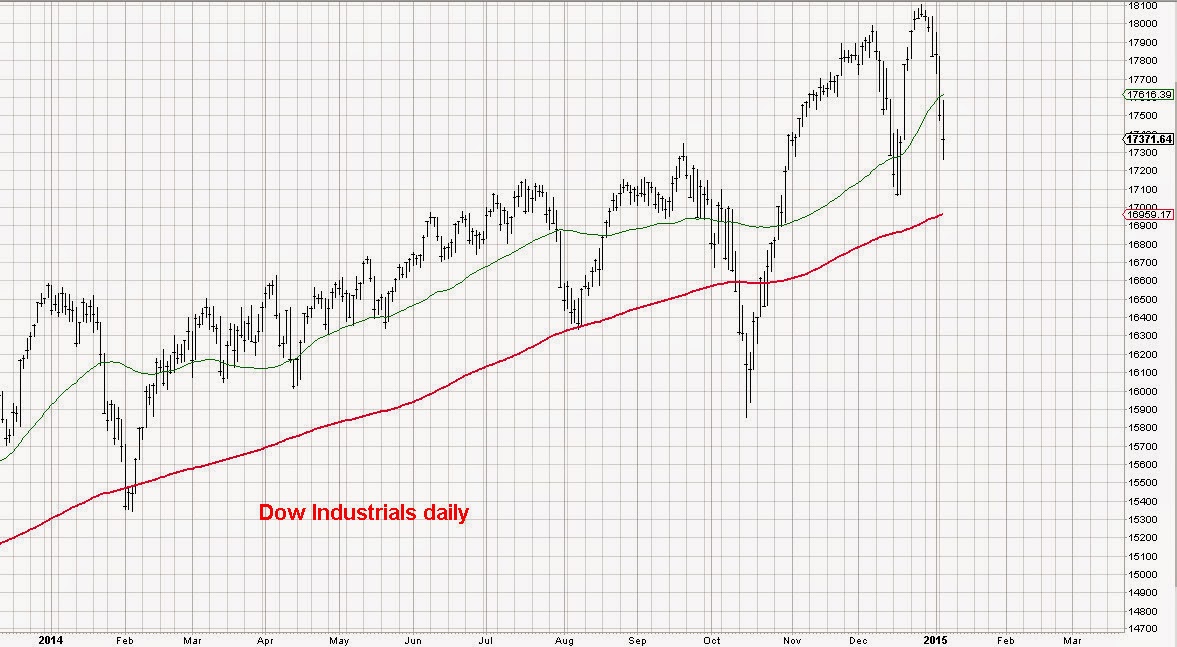 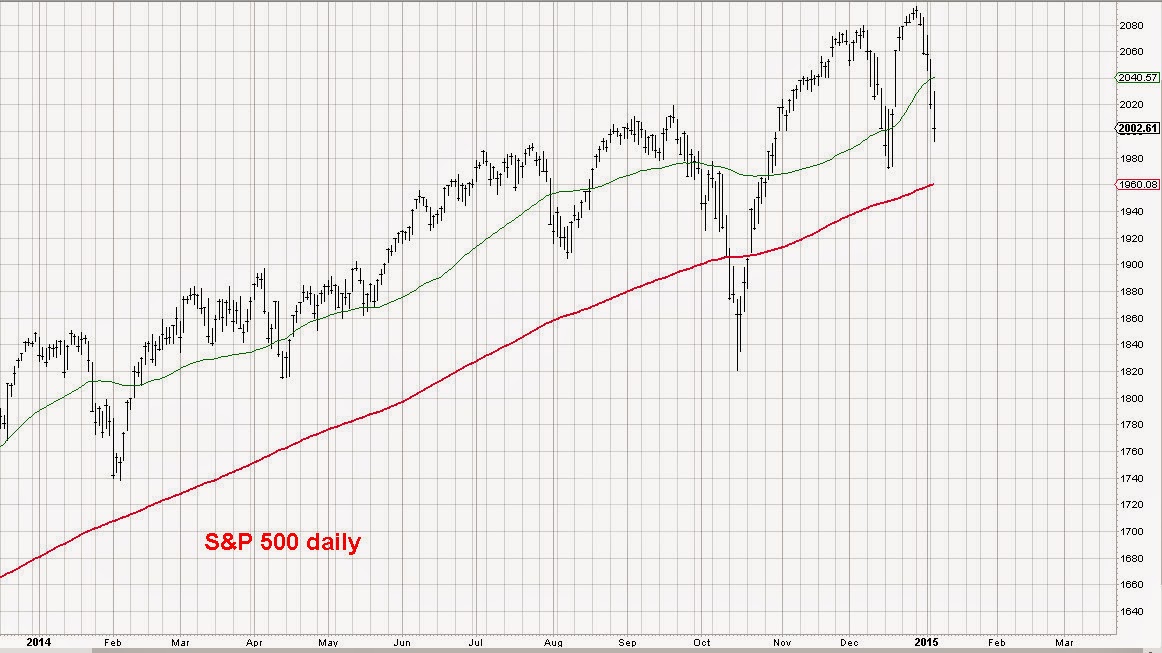 Here are daily bar charts of my favorite trend indicators. Right now both the Dow and the S&P 500 are in the region between their 50 day moving averages (green lines) and their 200 day moving averages (red lines). The New York Stock Exchange advance decline line is still strong as it still is above both its 50 day and its 200 day averages.

Reactions in bull markets typically end with the Dow and the S&P somewhere between their 50 and 200 day moving averages. On this basis the configuration you see above in the Dow and S&P is probably the precursor to a rally to new bull market highs.

The only fly in the ointment is the condition of the Euro-zone economies. The bottom chart shows the Euro Stoxx 50 index. You can see that for the past month this index has been trading below its 200 day moving average, a bearish development. I think the European Central Bank is the culprit here. There is a wide spread expectation among currency traders that the ECB will embark upon a program of quantitative easing. This explains why the Euro-currency has taken a big tumble to 1.18-1.20. But stock traders have their doubts about the whether the ECB intends to keep its promises. If it doesn't a bear market in European stocks will begin in earnest. And this would drag US stocks lower too.

By the end of January we should know whether the ECB is serious and intends to keep Mario Draghi's repeated promises of a QE program. I personally have my doubts that these QE promises will be kept. But for the moment I am going to play the percentages in the US market. These say that the nearly 6 year old bull market is still intact and that new highs in the Dow and S&P 500 are likely during the coming weeks.
Posted by Carl Futia at 2:31 PM