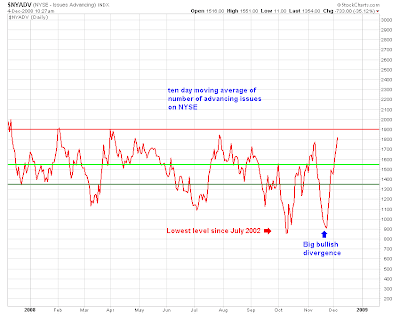 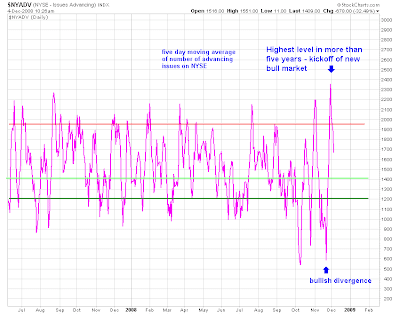 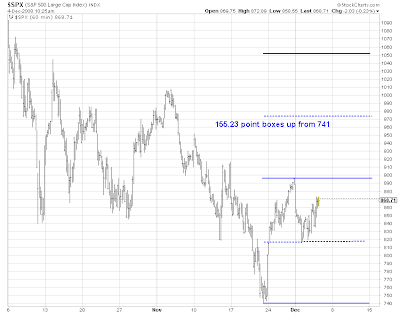 Here are three of the charts you can find on my StockCharts.com public charts page.

The first one shows a set of price boxes I have drawn for the cash S&P's rally up from its 741 low on November 21. The fact that this past Monday's drop ended at the 1/2 point of the first box is evidence that these boxes are now controlling the market's action. If so the next significant resistance should be met in the 970-75 zone.

The next two charts show the 5 and 10 day moving averages of the number of issues traded on the New York Stock Exchange which advance in price each day. The chart of the 5 day moving average is especially interesting. It shows a bullish divergence at the late November low followed by a move to the highest reading seen in more than 5 years. This to me is evidence that a new bull market has begun.

The 10 day moving average does not yet tell the same story, but it also shows a bullish divergence at the November 21 low. If it can climb above the 1900 level on this rally it too will offer evidence that a new bull market has started.
Posted by Carl Futia at 10:24 AM