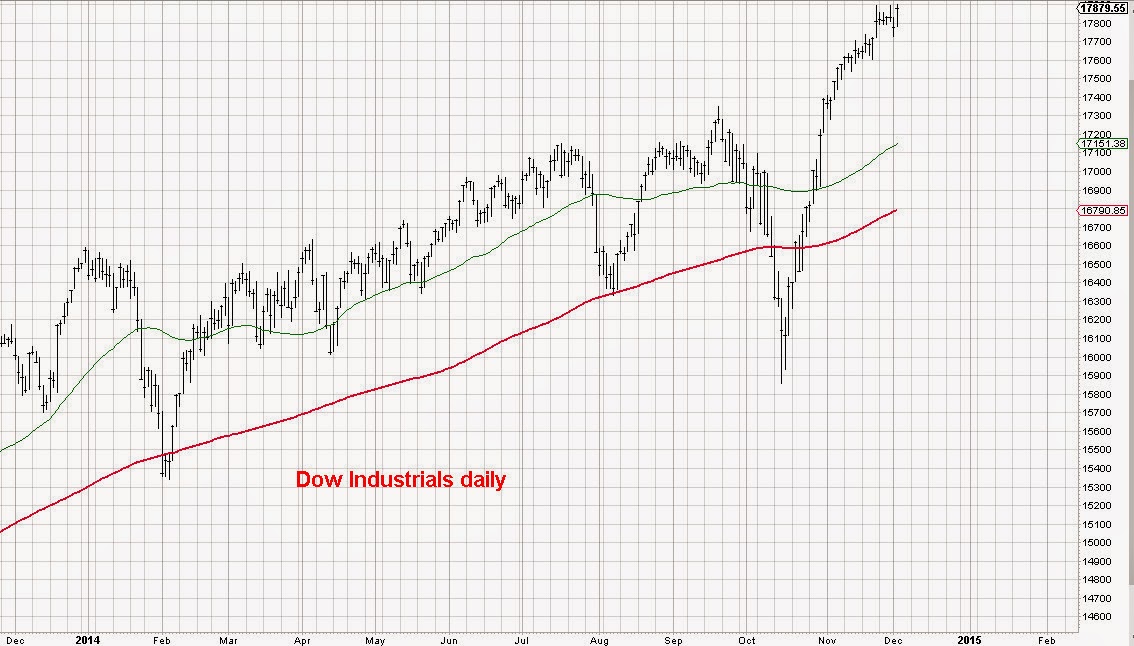 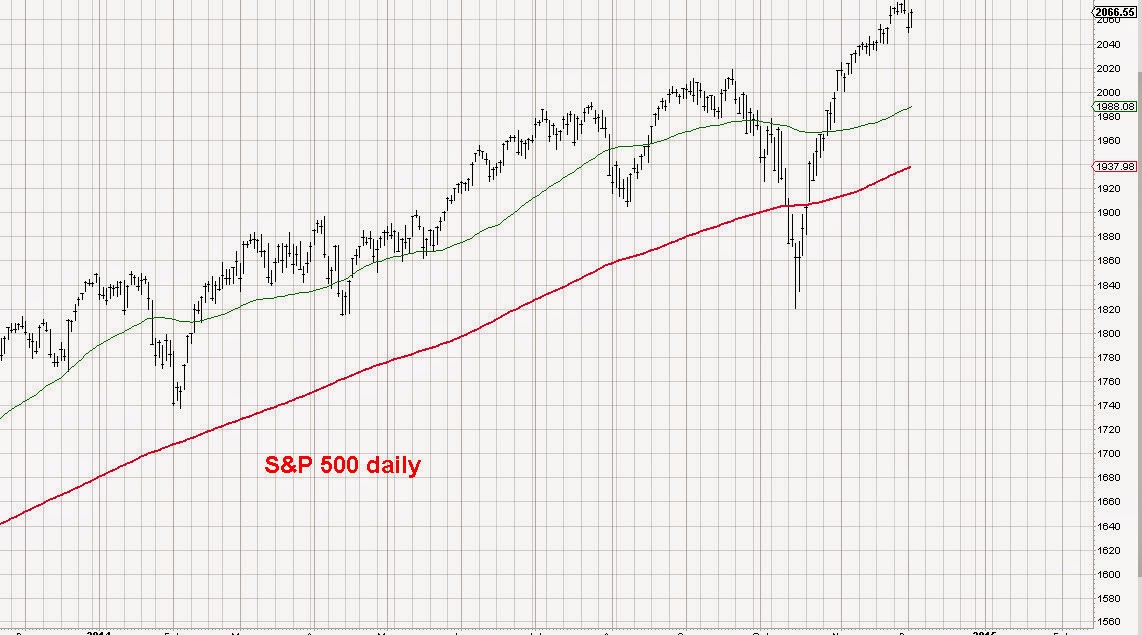 The bull market in US stocks is alive and well as illustrated by the top three charts of my favorite trend indicators: the Dow, the S&P 500, and the New York Stock Exchanged advance-decline line.

Market sentiment is growing more bullish as you can see from the chart of the 5 day moving average of the CBOE equity put-call ratio. My sense is that traders have not been bullish for long enough and have not backed their bullish views aggressively enough to end this up trend. I expect to see the put-call moving average near its June 2014 low before this happens.

I had been concerned that the European Central Bank's tight money policy would kill the European bull market. But Mario Draghi, the ECB president, has pursued a policy of verbal quantitative easy and evidently the European stock markets find this enough to support a bullish trend, at least for the time being.

The bottom chart shows the European Stoxx 600 index. You can see that it has retraced almost all of its fast, September-October drop with an equally fast and persistent rally. This has brought the average back above its 50 and 200 day moving averages, a bullish configuration.

I think that Draghi will have to back up his verbal gestures with significant concrete action. If the ECB starts to implement its own quantitative easing program then the Stoxx 600 will rally substantially above its 2014 highs.

The world-wide bull market in stocks has lasted for nearly 6 years and is still going strong. Evidently quantitative easing has had an even bigger effect on asset markets than anyone imagined it would. Give this circumstance I think it is a fair bet that the next bear market will begin only after one or more central banks have taken several steps in the direction of tighter money. One step only won't kill the bull market. If this assessment is correct then current levels of the Dow and the S&P will look low 12 months from now.
Posted by Carl Futia at 12:45 PM