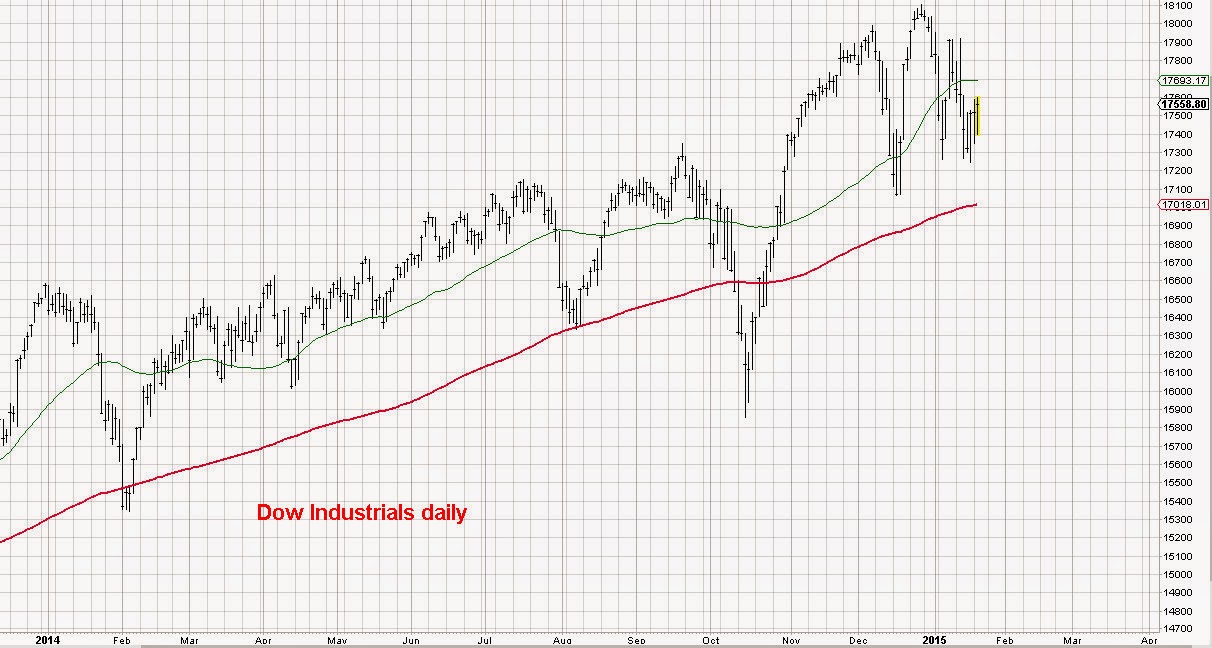 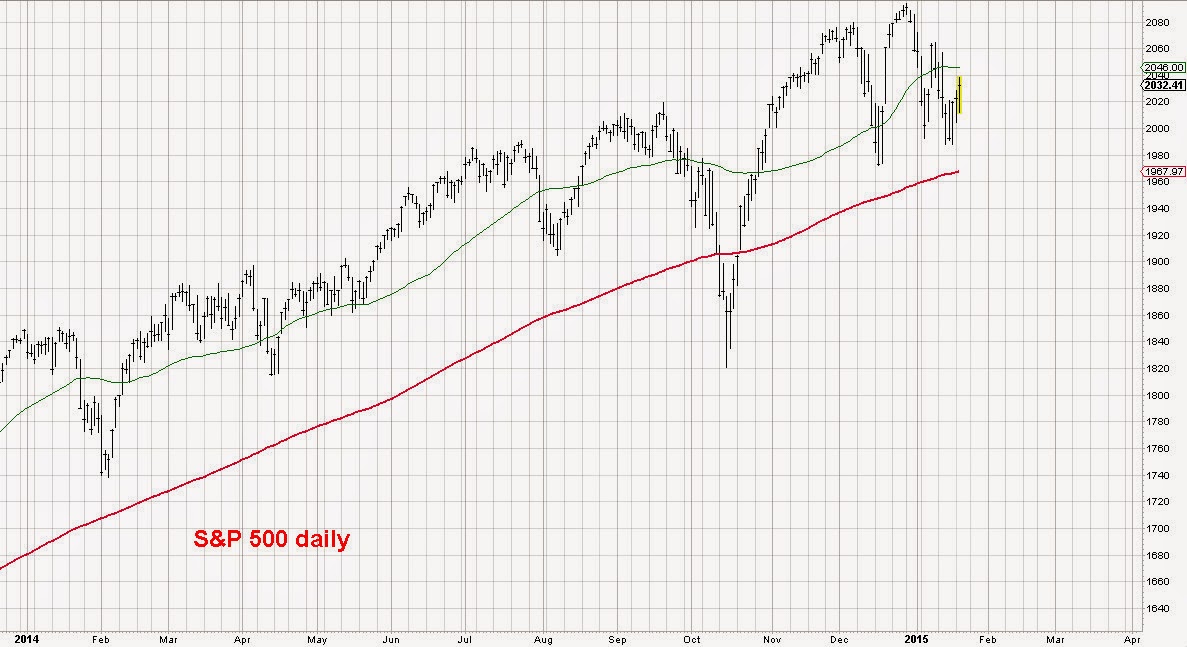 Before tomorrow's open the European Central Bank will announce the results of its latest policy meeting. For the past several months the ECB's president, Mario Draghi, has undertaken quite a bit of verbal, quantitative easing. The ECB will have to back these promises up by announcing a serious QE program tomorrow. Evidently the markets think it will as you can see from the bottom pair of charts.

The bottom chart is a monthly chart of the Euro/Dollar currency pair. The euro has dropped steeply for the past 8 months in anticipation of an ECB quantitative easing program. The drop has brought the market to its lowest point in more than 10 years. I think this euro bear market will continue and that we will see the euro below 1.00. If the ECB is really serious about its QE program a drop in the euro to its 2000 low around 0.82 would not surprise me.

Just above the euro chart is a daily chart of the Stoxx 600 European stock market index. This index has recently hit new bull market highs, again in anticipation of the ECB's QE program.

Today the Wall Street Journal leaked the outlines of the QE program upon which the ECB will vote tomorrow. It currently calls for the purchase of 50 billion euros worth of securities per month for at least a year. Tomorrow the markets will respond to any change in this "whisper" number. They will be especially interested to see if this is a commitment by the ECB to pursue its QE program until its inflation target is met no matter how long it takes. Such an open-ended commitment would be very bullish indeed.

The top three charts are my US stock market trend indicators. You can see that both the Dow and the S&P are in the region between their 50 day (green) and 200 day (red) moving averages.In a bull market such a configuration generally is followed by a swing up to new highs. This is what I think will happen now. The only possible problem would be a surprise departure tomorrow by the ECB from the QE program leaked to the markets today.