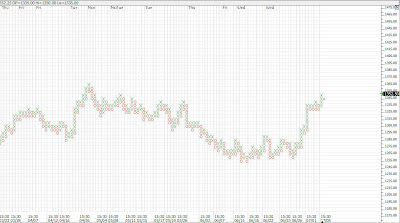 The top chart was posted last week. Since then the market has been even stronger than I had anticipated. The chart immediately above this post brings the top chart up to date.

While I think that 1715 may be a tad optimistic, I do think a move above the 1500 level is quite likely before the next bear market sets in.
Posted by Carl Futia at 2:34 PM

Please have a look at Canada, and give your interpretation.

Carl,
Here is your chart from 3 years ago that's awfully similar:
http://carlfutia.blogspot.com/2008/09/look-ahead.html