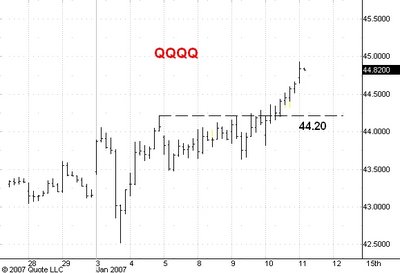 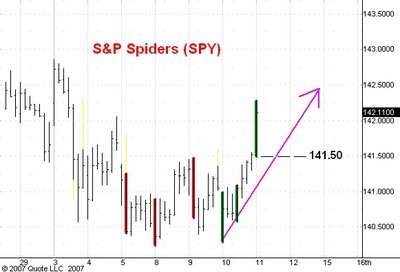 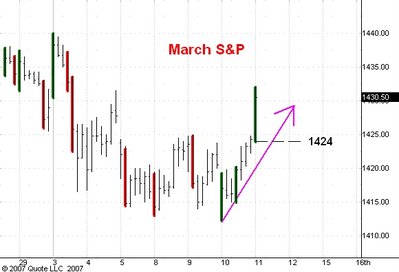 This morning's opening hour was a wide range up hour. It shows that the longer time frame sellers have withdrawn the offers that had pushed the market lower early during each of the past three trading session. The longer time frame buyers have raised their bids substantially. This is all very bullish activity.

The QQQQ's have support at the recent breakout level. The Q's are acting stronger than the S&P's after having been weaker during the last two months of 2006. They should reach the 47.00 to 48.00 zone in a few weeks.
Posted by Carl Futia at 10:34 AM