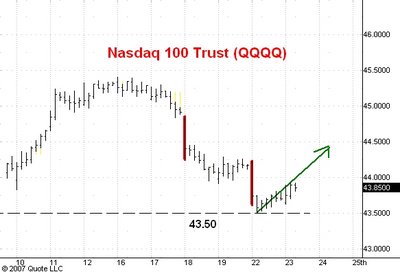 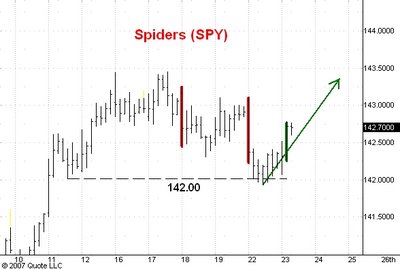 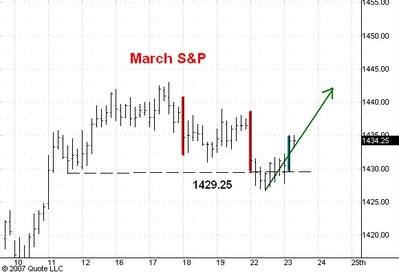 I now think that I misinterpreted yesterday's market activity. In my last post on these markets I said that there had been follow-through selling subsequent to the wide range, down bar during the opening hour. But as you can none of these markets went much below the low of the first hour's range and the Spiders and the QQQQ's held the support level that I had been watching as my "drop dead" level, although the futures broke visibly below their corresponding level.

Morover, this morning in the S&P's and Spiders we have seen a wide range, up bar which has broken above the narrow trading range which followed yesterday's opening hour. All in all this is the picture of a market which exhausted itself on the downside during yesterday's opening hour. In other words, the buyers yesterday were in fact longer time frame traders. This has bullish implications.