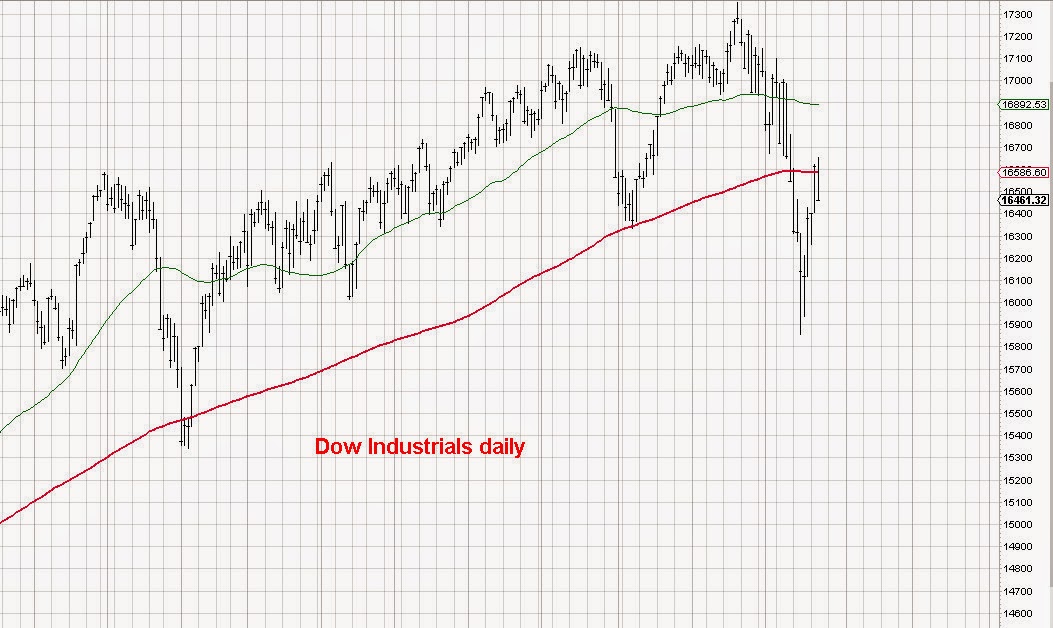 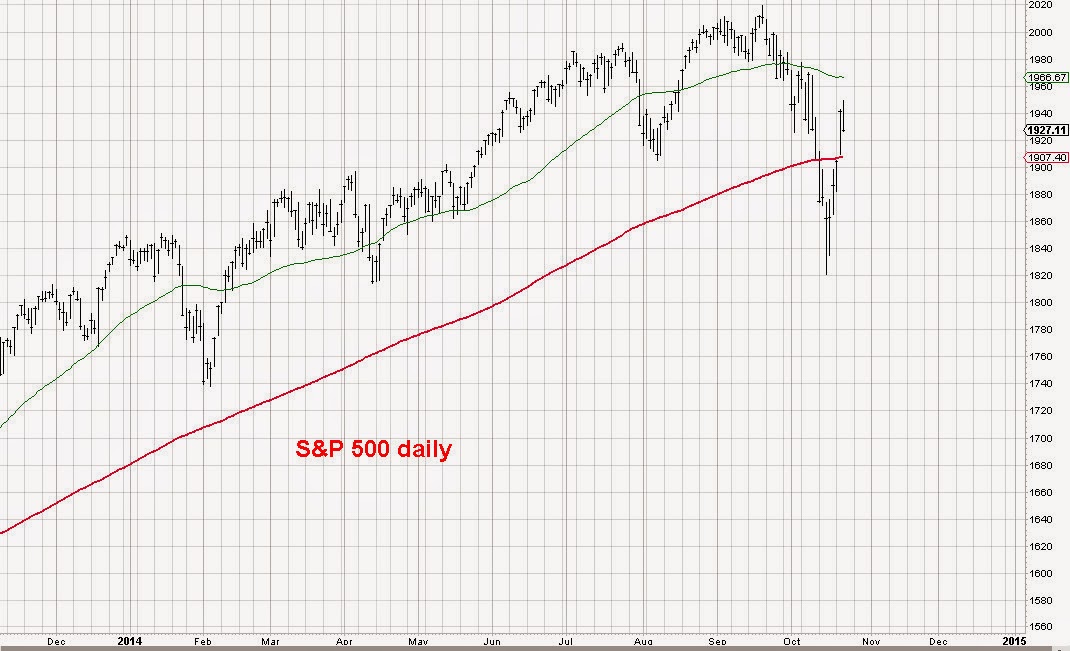 As you know I have been thinking that a bear market has begun ever since all three of my main trend indicators at the top of this post dropped below their respective 50 day moving averages (green line). Subsequently the Dow and the S&P 500 also dropped below their 200 day averages (red lines). I thought this event had very bearish implications because the drop below the 200 day moving averages was accompanied by very high trading volume.

The strength of the rally off of the October 15 low point is also evident in the NYSE advancing issues numbers. The 5 day oscillator is seen in the bottom chart. If you look closely you will notice that a couple of days ago this 5 day average had equaled its highest level of the past 12 months. This kind of strength is generally associated with the first stage of a much bigger swing upward.

I now believe that the October 15 lows ended the drop from the September top and that new bull market highs lie ahead. One check on this assessment will be the behavior of the market averages and the advance-decline line relative to their 50 day moving averages (green line). Right now all three are still below these averages and my best guess is that there will be several substantial price swings in both directions before at least two of these three trend indicators move back above their 50 day averages and thus sound the "all clear" siren.

Assuming that the October 15 low ended the drop from the September top I think the next upswing is likely to match the February - September 2014 rally in extent. That rally moved the cash S&P 500 up 280 points. This would make the 2100 level the upside target for the move up from the October 15 low at 1820 in th eS&P 500.

Carl, maybe not over with the downtrend. Taking a line from the Aug and Oct lows and a parallel line from the Sept high would make the rally stall around 1970. Just a guess on my part.