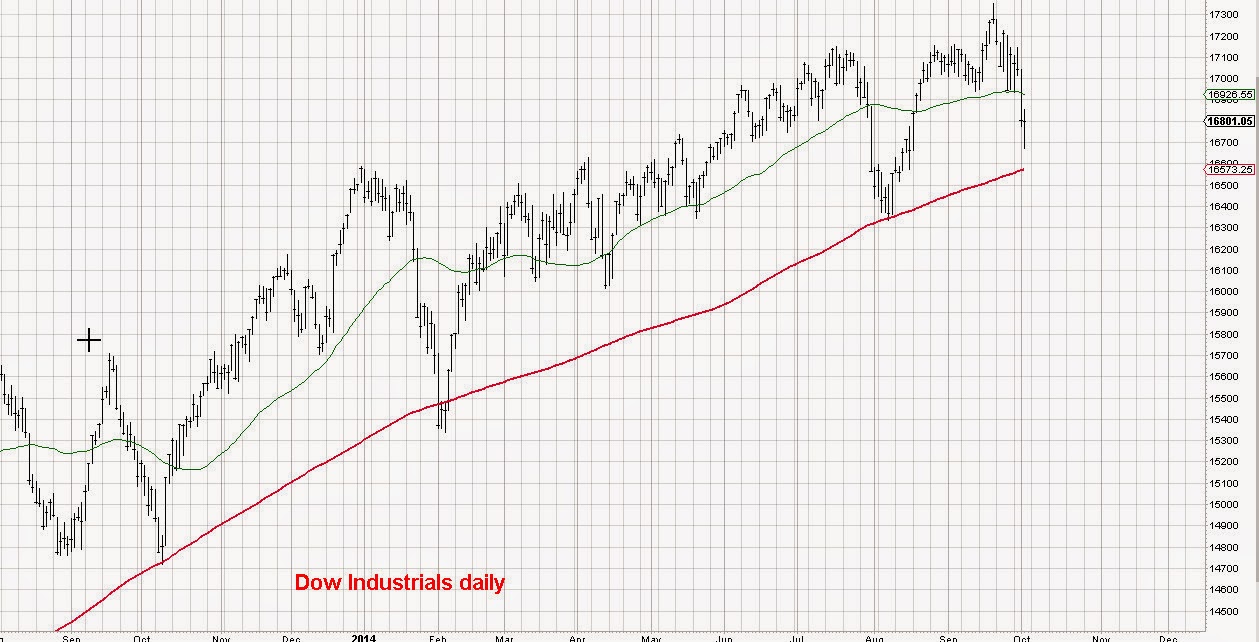 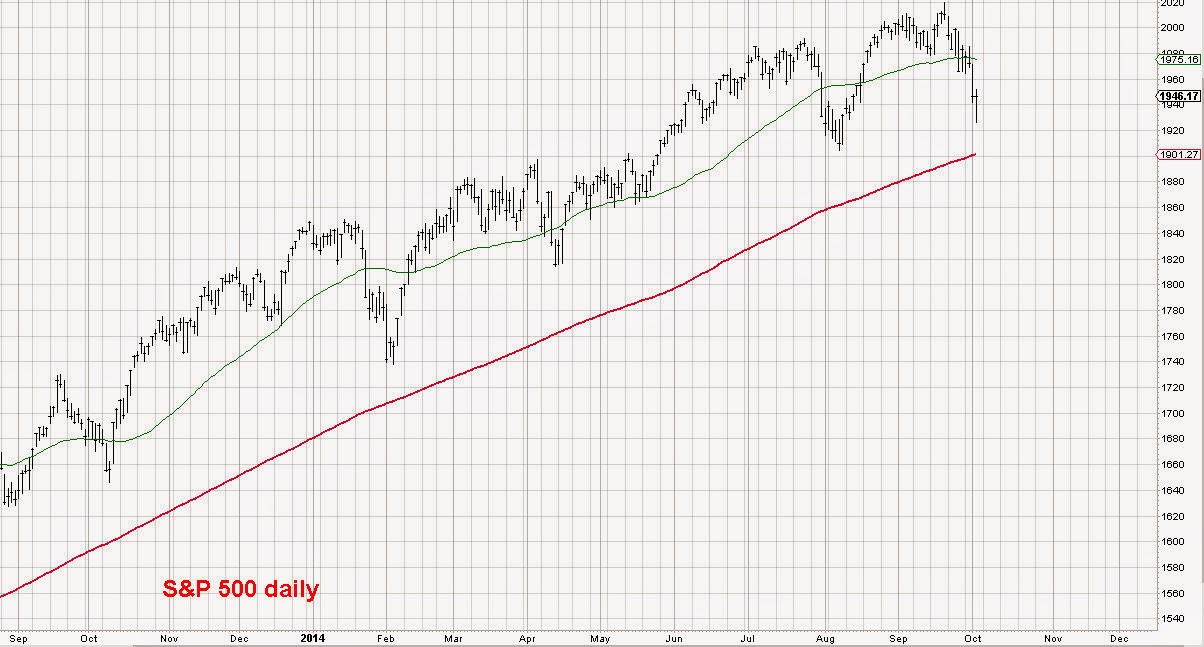 Here are charts of my three main trend indicators for the US stock market.

The bull market which began in March of 2009 was 66 months old at last month's top. This is an unusually long bull market, even longer that the record setting bull market of 2002-2007.

Against this backdrop we know that the Fed is about to halt the open-ended program of quantitative easing which it began in September of 2012. Today's 5.9% unemployment rate news is the first drop below the psychologically important 6.0% level since 2007. It will reinforce the Fed's decision to end its QE program.

I think the same thing is about to occur now. Should the trend indicators breach their 200 day moving averages a bear market will probably be underway.

Carl, I concur with you on everything you said as far as the timing is right for a significant stock market fall. Whether it'll be a bear market or 10 to 20 percent correction remains to be seen and depends on whether the Fed will hike rates next year as they say, or whether they put it on hold. But regardless, the end of QE should cause a re-pricing of assets in all classes. We are seeing it in commodities, european market, small caps, and the major US indices are going to follow suit.