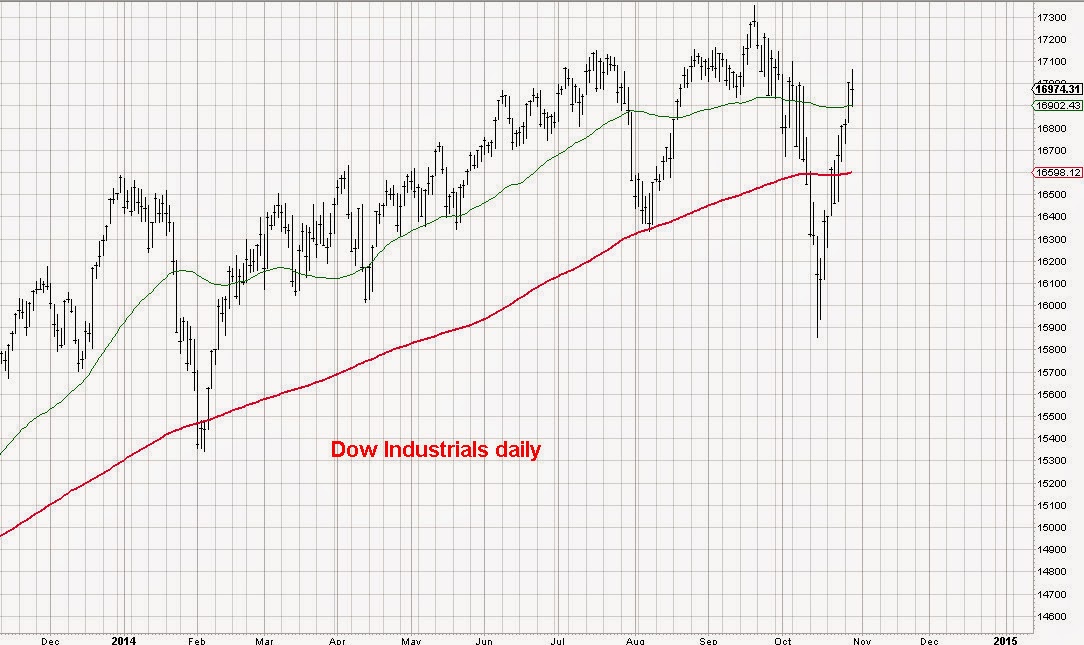 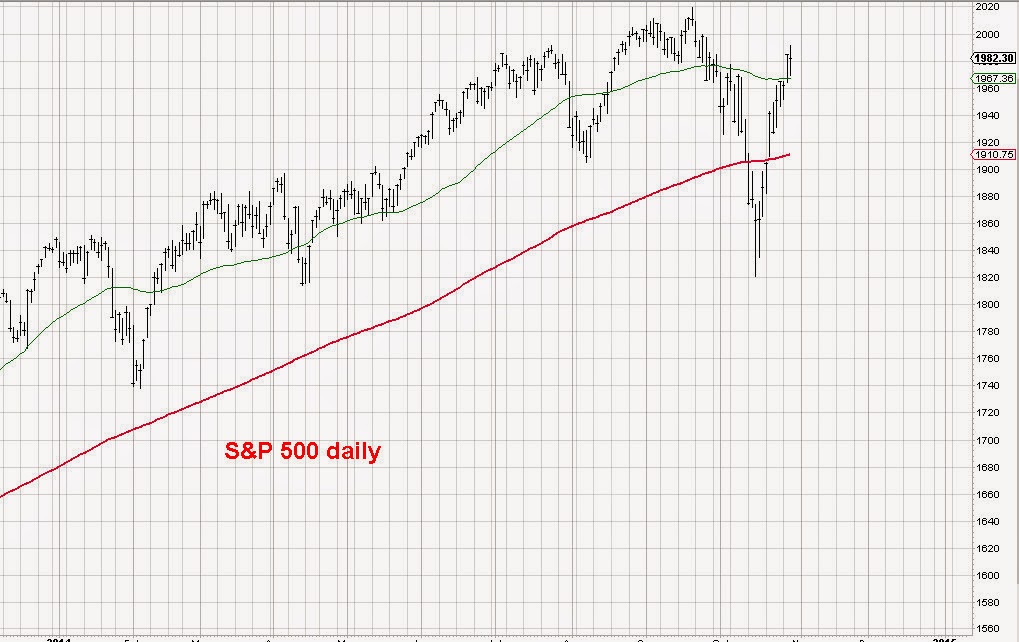 Last week I explained why I thought that the October 15 low ended the drop from the September high. Since then more evidence has developed to support this view.

The fourth chart down from the top shows the 10 day advancing issues oscillator. This indicator has recently climbed above the level it had reached in the early stage of the advance from the February 2014 low. I think this means that the recent October low is analogous to the low last February. If so the S&P should climb about 280 points above its October low. That was, the length of the February-September 2014 advance and if duplicated would put the S&P 500 at 2100.

The bottom chart shows the 5 day moving average of the CBOE equity put-call ratio. At the October low this indicator showed more bearishness on the part of short term traders than it had during the previous two years. I think the current rally will continue until this indicator drops back to its June-July 2014 low point.

Hi Carl,
I agree with this outlook now after being bearish since early October. I also think we're seeing a major Three Peaks Domed House formation on the Dow, with the three peaks in Dec, July, and Sept. This pattern would project a top in May 2015.

Also, using Lindsay's time counting methods, could it be significant that 2015 is 28 years from 1987?