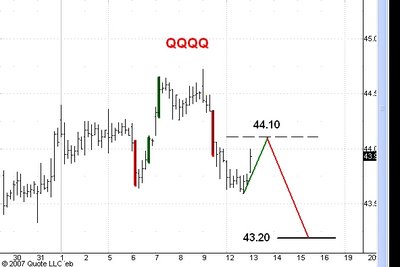 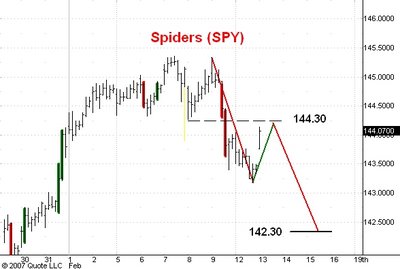 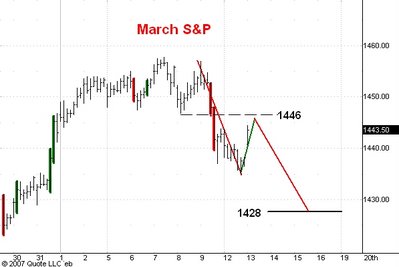 Here are hourly charts of the March S&P's, Spiders, and QQQQ's. I last commented on these markets here.

I think the market completed the first phase of a three phase reaction at yesterday's low points. I think the subsequent second phase rally will stall with the S&P's near 1446, the Spiders near 144.30, and the Q's near 44.10.

Since the intial drop carried close to my original downside targets I think it likely that all three markets will drop a bit further than I originally projected. Now I expect to see the S&P's near 1428, the Spiders near 142.30, and the Q's near 43.20 before the next up move begins.
Posted by Carl Futia at 10:12 AM

The bounce towards the ceiling of tne chanel down,butnot much more there,prices over the 12.600 will not to see in next years.Bernanke can with her words,to shake the market and to collapse it is.