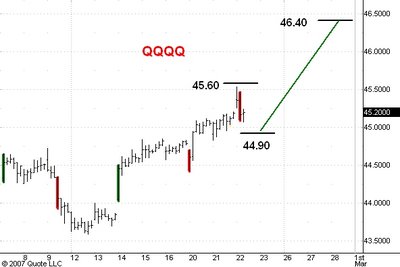 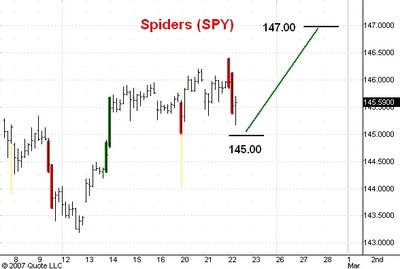 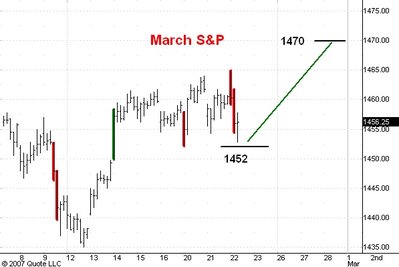 I think the reaction which began from this morning's high points is either over or nearly so. The S&P's have dropped to within a point of 1452 support. The Spiders didn't get too close to support at 145.00 but I think a better estimate for their support now is 145.10. The Q's have support at 44.90 but this market is acting stronger than the S&P 500 and I suspect that support level will not be reached.

Carl:
Do u have Lindsay Update please?