The market events of the past two weeks have sent the media into a frenzy of gloom. The cover immediately below this post is last week's Newsweek cover. It is ostensibly about the political death of the republican party, but the double entendre' is pretty obvious. Newsweek then followed up with this week's cover story "The Road to Recession". I think it is also interesting to note the "between the covers" story which appeared in the December 24 issue of Newsweek, "The Roots of Fear".

Business Week's latest cover story is "Market Reckoning". The cover image is at the bottom of this post but a few of rows up you will see the first page of the cover story printed in the classic panic colors, red and black.

Both Fortune and Time Magazine mentioned the market meltdown on their covers this week, although they were not cover stories. "Can the World Stop the Slide" was the headline question for the Time story while the Fortune headline asks "Will the Cure be worse than the Disease".

Finally, Harper's Magazine has a cover story entitled "The Next Bubble". After discussing the recent bubbles (itself a term of pessimism because bubbles always pop) the story predicts that the next bubble will occur in the alternative energy sector.

My general impression formed over the past five years is that investors have been quick to fear the worst. This pattern is continuing. The level of fear and the unanimity of the emotionally expressed outlook for the economy is remarkable. It reminds me very much of the situation in the fall of 1990. Then the US was preparing for the first Gulf war, crude oil was trading at record highs, the S&L industry had collapsed and one could see lines forming a local banks as depositors rushed to withdraw their money. People feared the Fed would be powerless in these circumstances. The Dow and the S&P had dropped 20% in only 10 weeks. There were a large number of magazine cover stories all expressing pessimism about the economic outlook and the consequences of the war. Yet during the subsequent 9 years the Dow rose from 2300 to 11750.

I think a similar market opportunity is emerging now. 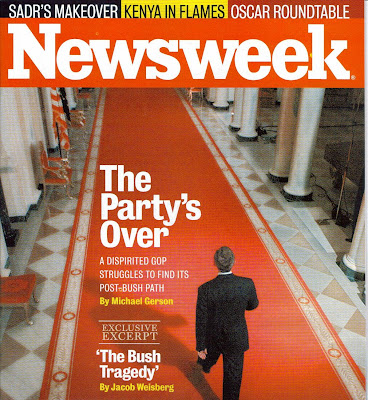 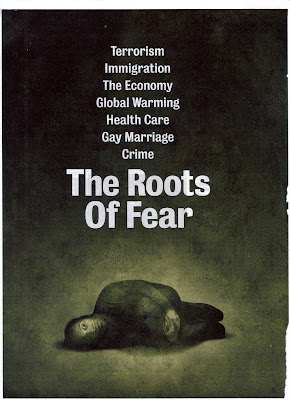 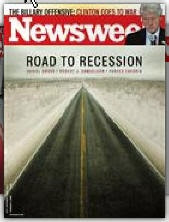 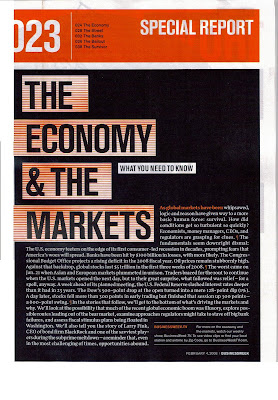 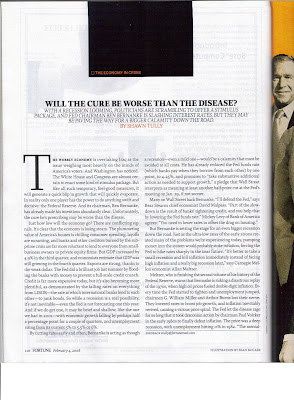 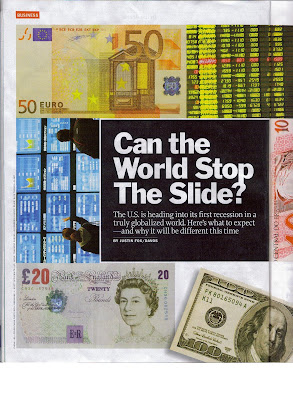 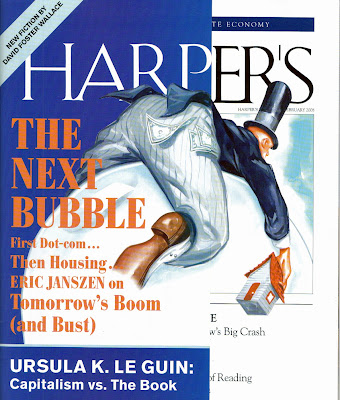 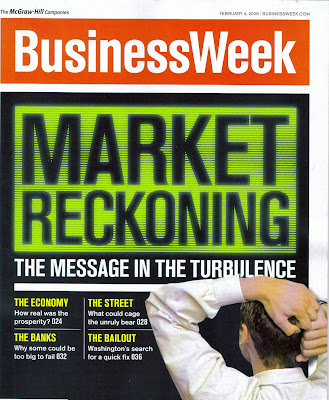 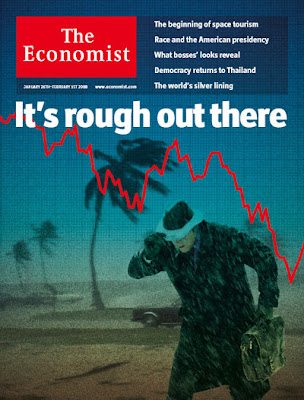 Harpers's is really sharp about the next bubble being in alt energy. Solar stocks are about 40-50% off their highs.

Maybe they sat on the article for two months.

But again, we fell to far to fast and we are due for a rally here.

Still I like your perspective even when I disagree with you.

I agree about negativity for the short term, however the 6 year uptrendline broke o the S&P...

If the markets are going up up and up, that isn't happening anytime in the near future.

The magazine covers at best show mthat maybe the market is overeacting on the extent of the decline. But for a near term bottom? Why oh why? is no one discussing that Investors Intelligence survey readings are still net bullish in this volitility!!!! Amazing!!!
41.6 Bulls
31.5 Bears

Can anyone explain this?
This scares me. People are nervous and fearfull but still bullish equities. They are scared enough to sell!
Yes, fear always happens at a major bottoms. Its not just fear we are looking for but fear that causes massive selling!

I have to agree with you that we are due for a bounce , maybe more but one thing I have noticed over the last 2 years following on and off your blog is that you shouldn´t write about your track record or success unless you publish an ongoing P/L about all the trades you have made. This would be the more professional way.
Otherwise it is realy just not credible.
Good Luck

Carl, can you let us know how, in your opionion, the current market sentiment is differnet from jan 2001. thanks

Hi Carl,
Have you ever done any work with "three line break" charts?

You have posted various magazine covers over the last year pointing to the bearish sentiment, but this did not stop the market from correcting much more than you ever anticipated before the top, I do not see the relevance.